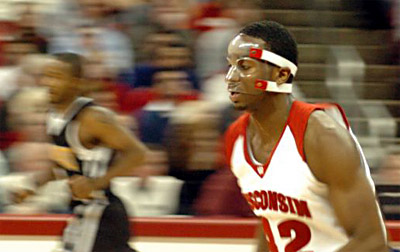 Wisconsin’s Alando Tucker was named the Big Ten’s Player of the Year on Tuesday in separate balloting by the media and coaches.

Tucker averaged 20.1 points and 5.4 rebounds for the Badgers, who finished second in the Big Ten behind Ohio State. The senior forward, with 2,125 career points, is 23 points away from passing Michael Finley to become Wisconsin’s career scoring leader. The Badgers take a 27-4 record into the Big Ten tournament beginning Thursday at the United Center in Chicago.