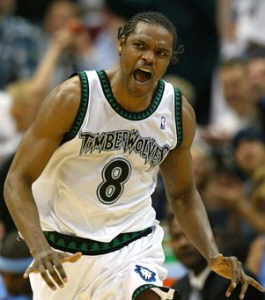 Former Knick star Latrell Sprewell roughed up the mother of four of his kids and told her they had a “fake-ass relationship” in an effort to worm out of his financial duties, the woman alleges in a $200 million federal lawsuit. Longtime gal pal Candace Cabbil filed the lawsuit against Sprewell in Manhattan federal court yesterday, claiming the millionaire ex-NBA star abandoned and abused her – and is refusing to honor a 1994 deal re quiring they split his wealth.